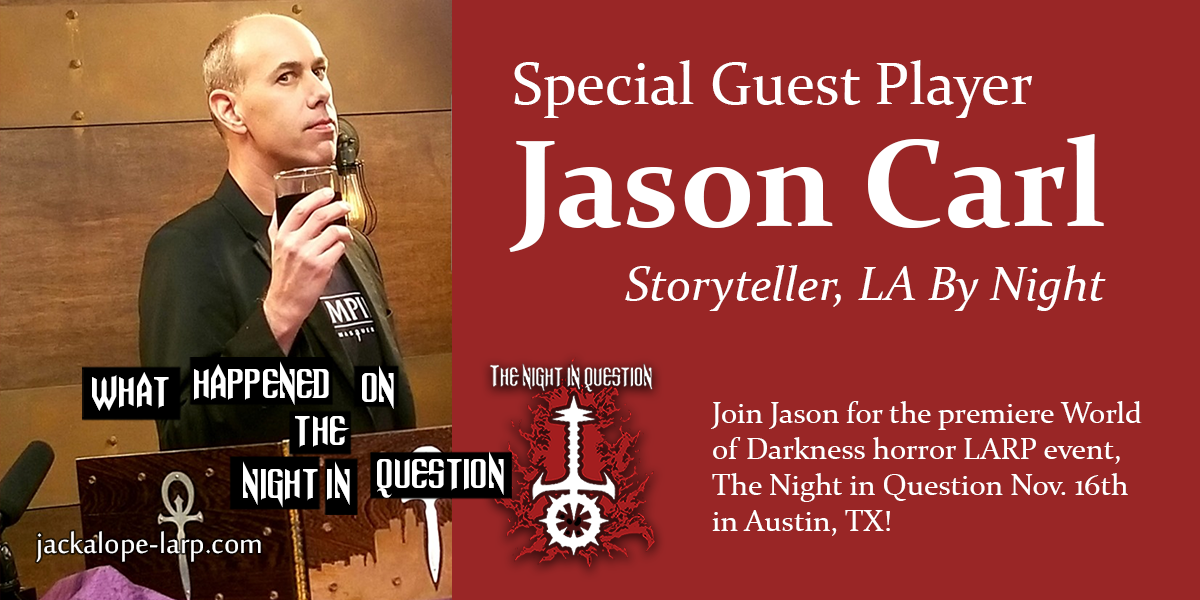 The Night in Question is less than four months away, and we are pleased to announced one of our special guest players, Jason Carl. Most of Vampire: The Masquerade fandom will recognize him from his amazing work as the Storyteller for the hit streaming show LA By Night, but that’s only part of his rich background working on World of Darkness products, other roleplaying games and of course, playing and running a LARP or two.

I’ll tell you where I will be on The Night in Question: in Austin, TX, roleplaying in the premiere #vampirethemasquerade Sabbat LARP! Who will I see there? https://t.co/dTpYE6hHwt

He’s an amazing roleplayer and immensely fun and creative person; and he’s looking forward to portraying his character and role-playing with you all as the Sabbat take over the dance floor on the Night in Question!