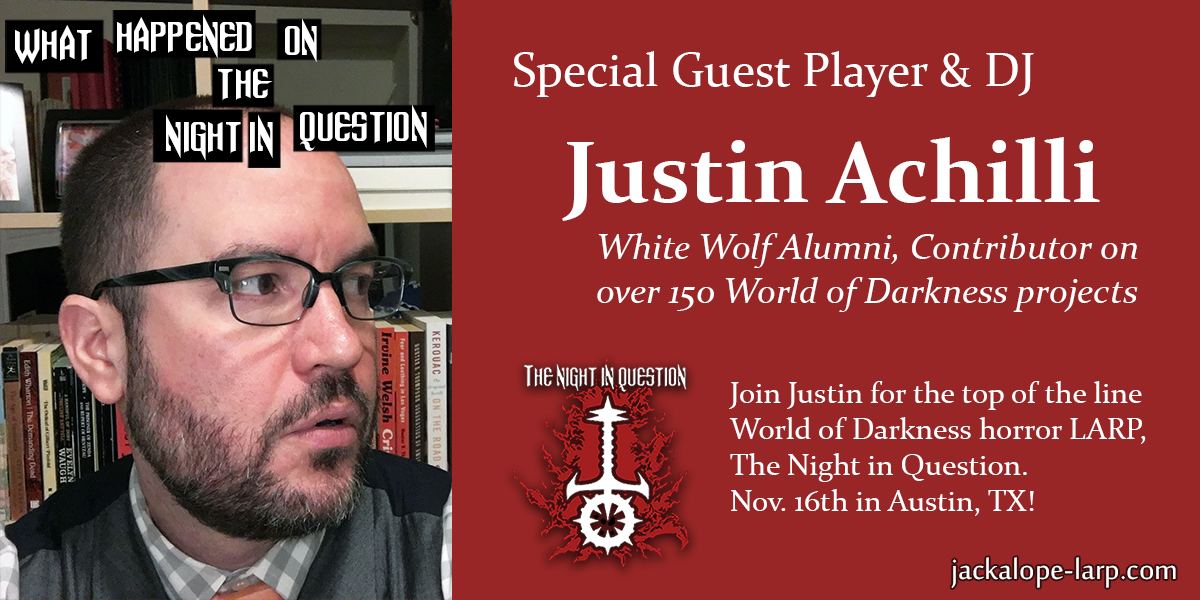 Only 18 weeks until the Sabbat take over the night, and we’re announcing another special guest player, Justin Achilli!

Justin Achilli is a game designer with over two decades of experience in commercial computer games, role playing games, card games, and board games. He developed Vampire: The Masquerade and managed the editing and development department for White Wolf Game Studio (now a subsidiary of Paradox Interactive).

He has been involved with the creation of over 150 games products for White Wolf, playing a key role especially in the evolution of World of Darkness titles, and through property development for Vampire the Masquerade PC games. Currently he works in a variety of design functions for Ubisoft Red Storm.

Justin will be playing with us on the Night in Question, in addition to DJing on the party dance floor!